This is the story she began 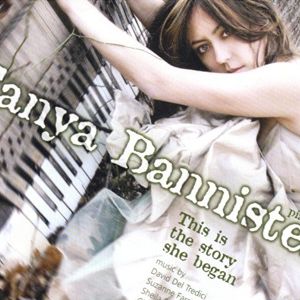 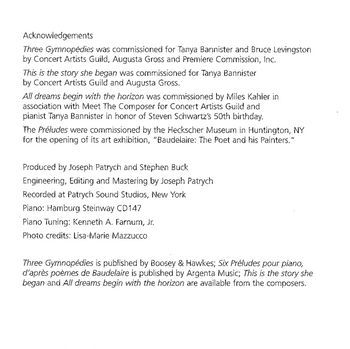 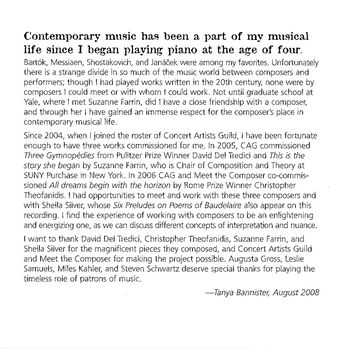 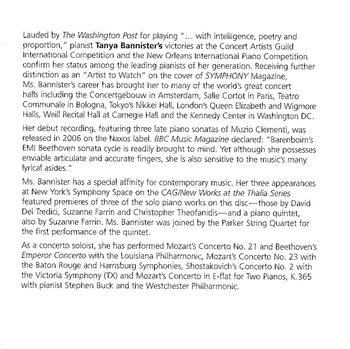 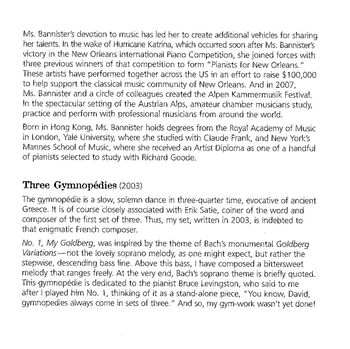 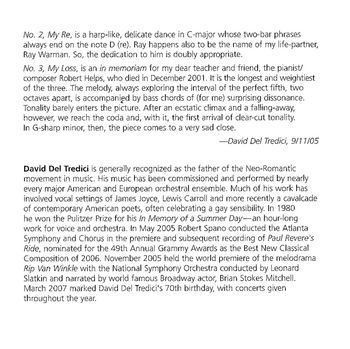 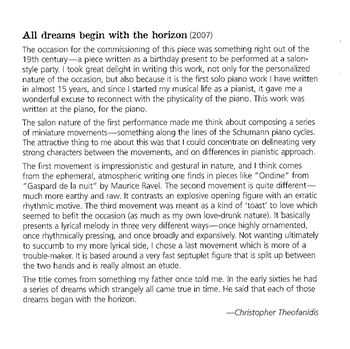 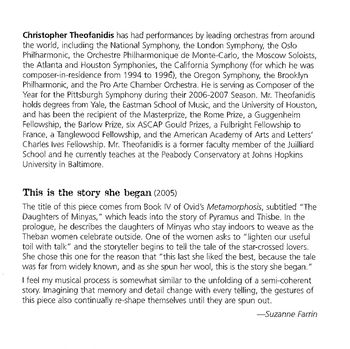 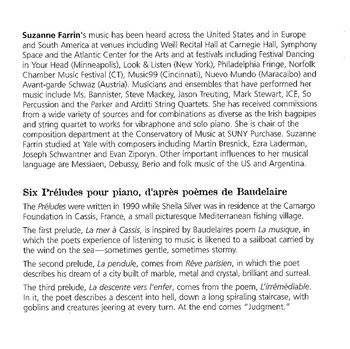 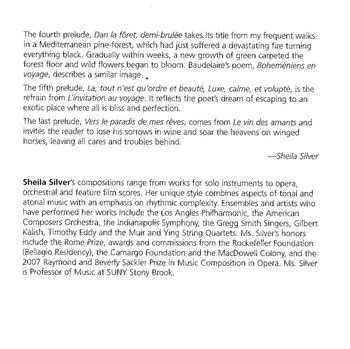 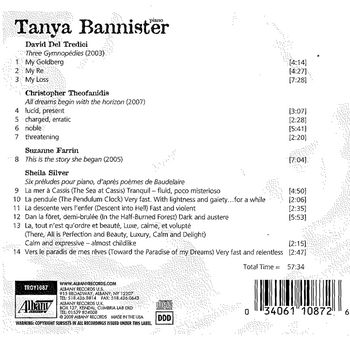 American Record Guide
Tanya Bannister, an exceptionally talented young pianist…is fortunate to have three attractive composition commissioned for her…and well recorded. …Bannister plays all these with a scintillating tone and a subtle sense of chording and dynamics. A beautiful piano tone is a rare thing these days, and she has it.”

Tanya Bannister plays the piano with an energy and command of color that dares the listener not to be delighted. And so I was, although I found her program to be a mixed bag, with too much emphasis on backward-looking new music. David Del Tredici (here rather grandly, and I think inaccurately, referred to as the father of neo-Romantic music!) takes Satie as a leaping off point for three more Gymnopédies, and although he violates the original conception of brevity and focused simplicity in his own music, his endearing lyrical voice carries the day. Christopher Theofanidis simply does not possess a similar sense of imagination and originality, and his little suite of four works comes of as hackneyed and sentimental (although Bannister does find a Prokofiev-like intensity in the final number, labeled “threatening”).

Suzanne Farrin’s 2005 This is the story she began, that title inspired by Ovid, has a fantasy-like construction, with a harmonic sensibility that suggests Messiaen. It is music of concision, power, and no little beauty, especially in the hands of Bannister. Sheila Silver takes French impressionism as a starting point for her preludes, especially the first one, which is evocative of the sea. Her horizons expand from there, as the inspiration of nature takes her into the realm of dream-like meditation and more adventuresome harmonies. The clarity of her writing, though, never shuts out the listener, allowing for a relatively easy access to her ample imagination.